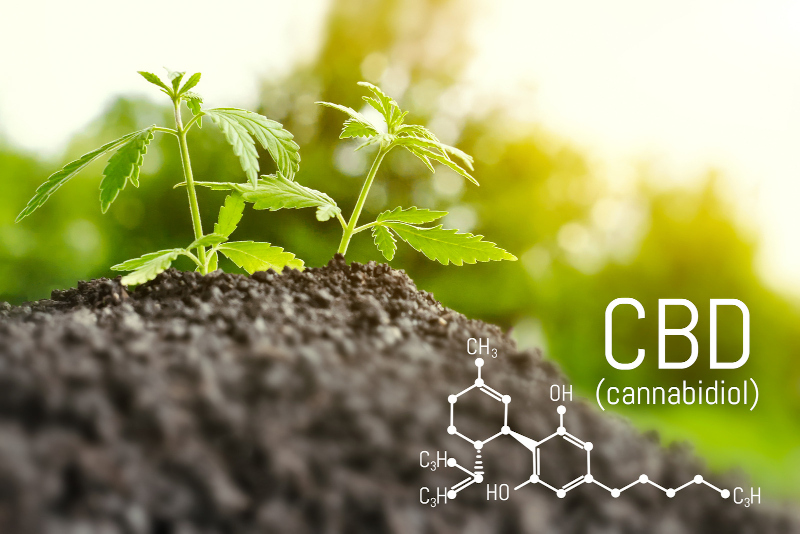 What is the Endocannabinoid System?

You are here: Home / CBD Education / What is the Endocannabinoid System?
FacebookTweetPin
09/04/2021 by Aaron Herlocker

Learn how CBD works and about the most important physiological system in the body, the endocannabinoid system.

We’ll learn what it is and why it is important, plus what happens when the endocannabinoid system doesn’t function properly.

Be sure to read the article until the end to understand how CBD affects the endocannabinoid system and more. Let’s get started!

The endocannabinoid system is like a master control system for many of the most important biological functions.

The first cannabinoid receptor verified was CB1, which is primarily concentrated in the brain and central nervous

system, but can be found in lower densities in other regions of the body.

CB2, the second receptor discovered, is primarily concentrated throughout the peripheral nervous system, near organ centers, and on immunological cells.

Endocannabinoids are synthesized within the body’s tissues on-demand and bind with endocannabinoid receptors.

These include compounds such as anandamide, or the bliss molecule, and 2-AG. Think of endocannabinoids like “short- order” neurotransmitters used to give instructions that modify the body’s other systems, such as the –

Any dysfunction or deficiency in either cannabinoids or receptors in the endocannabinoid system can disrupt the delicate balance between health and illness.

CBD and The Endocannabinoid System

All of the compounds in Hemp’s naturally occurring profile play a unique role in manifesting CBD oil’s beneficial properties.

The study of Hemp compounds including CBD initially led to the discovery and confirmation of what is now known as the endocannabinoid system.

similar to compounds they were investigating in the body, which were aptly named endocannabinoids.

For example, CBD modifies the behavior of CB2 receptors to trigger what’s known as retrograde signaling of the immune system. This process, in turn, suppresses the production of inflammatory cytokine compounds, which may reduce inflammation.

Cannabidiol studies have also shown that CBD binds with 5- HT1A receptors, or the serotonin receptor, which may have benefits to mood, pain, pleasure, and much more.

The compound’s effects on the endocannabinoid system have also been shown to lower blood pressure, and relax muscles and nerves.

Due to a long history of Hemp prohibition, however, most of what we know about the beneficial properties of CBD comes from in vitro and animal studies.

Some studies on CBD in humans have been conducted, although further large-scale experiments are needed. We have tested CBD in healthy humans to see if the substance might

have any negative effects and found that CBD is a highly safe substance.

Considering it’s potentially beneficial properties, this is a big reason why clinical scientists are so interested in investigating CBD, as many modern treatments for chronic diseases come with serious risks and side effects.

The most common side effects of CBD reported are lowered blood pressure and feeling overly relaxed or tired.

Some people also report a change to mood and digestive issues, but generally most people tolerate CBD without any significant side effects.

One issue with CBD oil though is that it can alter the way certain types of pharmaceuticals are processed by the liver that can lead to a health risk.

This is similar to the way grapefruit acts. If you take medication with a grapefruit warning, always be sure to consult with your doctor before trying CBD.

The biggest risk of taking CBD is buying from inferior brands and retailers. Read our in-depth article on how to spot high quality CBD and CBD brands linked here.

While early studies on CBD’s benefits on certain health conditions are promising, a further scientific investigation is needed to confirm any of its beneficial effects.

However, from what researchers have gained, there is tremendous therapeutic potential in targeting the endocannabinoid system with CBD.

The mounting scientific evidence continues to support the fast- growing number of anecdotal reports by CBD users who say it has significantly improved their overall health and wellness.

Thanks for reading! Now that you’ve learned more about the endocannabinoid system and CBD are you ready to join the millions of others already finding relief?

Click below to browse and shop our new catalog of high- quality CBD products now.

If you’ve found this article helpful then please share it with others you think will also enjoy reading it. You can learn more about the benefits of CBD in our other articles linked below.

Aaron Matthew is an expert on all things hemp and cannabis and author of the CBD Hemp Temple Blog. When not writing he can be found songwriting, performing live music, and posting instagram stories. Instagram: @aaronmatthewmusic music www.aaronmatthewmusic.org CBD www.cbdhemptemple.com

How To Dry Your Herbs Properly
Next Post: CBD Oil – Everything You Need to Know

This site uses Akismet to reduce spam. Learn how your comment data is processed.